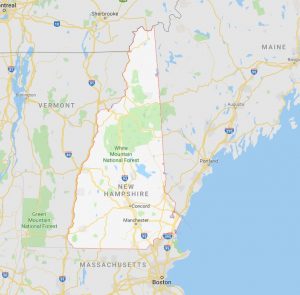 Hemp-derived CBD oil has been legal in New Hampshire since 2014. Cannabis-derived CBD oil is available only with an ID card from the state’s medical marijuana program and must be dispensed by a doctor for a limited number of conditions. To acquire a license, patients must first pay a non-refundable $50 fee which needs to be annually renewed. Most forms of CBD medicine fall under the laws and so can be acquired with a doctors prescription. According to New Hampshire state law, any cannabis plant with less than a 0.3% THC concentration counts as hemp instead of marijuana. It is entirely legal to buy and sell hemp-derived CBD oil online and in stores and you can also buy it from other states legally. Since THC-containing CBD oil is still illegal under federal law, the rule is normally not enforced by state law enforcement.

New Hampshire has also had a medical marijuana program since 2013 which was legalized by bill HB 573., though it did not come into full effect until 2016. As of now, qualified patients can possess up to 2 ounces of medical marijuana at any given time, though only 4 dispensaries are licensed state-wide. There is currently a push in the legislature to legalize recreational marijuana.